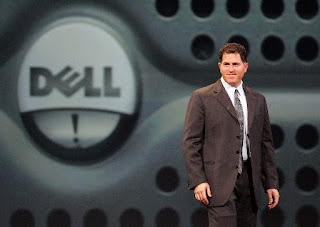 Michael Dell, born in February 1965, is the chairman of the Board of Directors and chief executive officer of Dell, the company he founded in 1984 with $1,000 and an unprecedented idea - to build relationships directly with customers. In 1992, Mr. Dell became the youngest CEO ever to earn a ranking on the Fortune 500.

Mr. Dell is the author of Direct From Dell: Strategies That Revolutionized an Industry, his story of the rise of the company and the strategies he has refined that apply to all businesses.

In 1998, Mr. Dell formed MSD Capital, and in 1999, he and his wife formed the Michael and Susan Dell Foundation, to manage the investments and philanthropic efforts, respectively, of the Dell family.