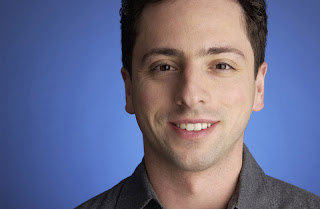 Sergey was born in Moscow, Russia, to a Jewish family, the son of a mathematician and economist. In 1979, when Sergey was six, his family emigrated to the United States. Brin attended grade school at Paint Branch Montessori School in Adelphi, Maryland, but he received further education at home; his father Michael Brin, a professor in the department of mathematics at the University of Maryland, nurtured his interest in mathematics and his family helped him retain his Russian language skills. In September 1990, after having attended Eleanor Roosevelt High School, Sergey enrolled in the University of Maryland, College Park to study Computer Science and Mathematics, where he received his Bachelors of Science in May 1993 with high honors. After graduating from Maryland, Sergey received a graduate fellowship from the National Science Foundation, which allowed him to study for his masters degree in Computer Science at Stanford University. Sergey received his masters degree in August 1995 ahead of schedule in the process of his Ph.D. studies. Although he is still enrolled in the Stanford doctoral program, Sergey has suspended his Ph.D. studies indefinitely while he is working at Google. Sergey also received an honorary MBA from the Instituto de Empresa.
Posted by Krishna No comments:
Labels: CEO, Google, Google Founder, Search Engine, SergyBrin, USA
Newer Posts Older Posts Home
Subscribe to: Posts (Atom)