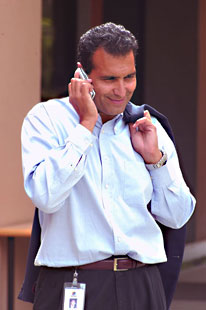 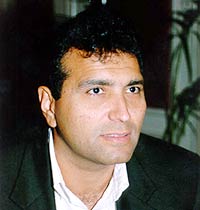 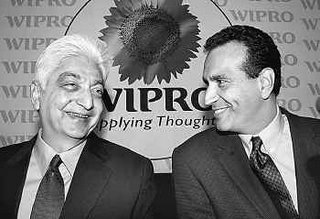 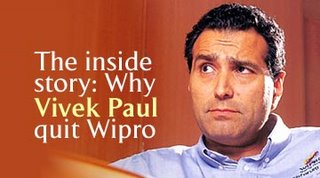 Setting to rest weeks of speculation, Wipro, on Thursday announced that its vice chairman Vivek Paul was leaving the company to join as a general partner in the private equity firm, Texas Pacific Group (TPG), which has $15-bn of funds under management with over $3-bn invested in technology and telecom globally.Read More
Posted by Krishna
Labels: VivekPaul, Wipro

In Infosys we can see ideal management system, maintaining harmony and happiness among employees and management.
Infosys team brings prestige, glory, pride and wealth to India and all Indians.
In this modern world the art of Management has become a part and parcel of everyday life, be it at home, in the office or factory and in Government. In all organizations, where a group of human beings assemble for a common purpose irrespective of caste, creed, and religion, management principles come into play through the management of resources, finance and planning, priorities, policies and practice. Management is a systematic way of carrying out activities in any field of human effort.

Its task is to make people capable of joint performance, to make their weaknesses irrelevant, says the Management Guru Peter Drucker. It creates harmony in working together - equilibrium in thoughts and actions, goals and achievements, plans and performance, products and markets. It resolves situations of scarcity, be they in the physical, technical or human fields, through maximum utilization with the minimum available processes to achieve the goal. Lack of management causes disorder, confusion, wastage, delay, destruction and even depression. Managing men, money and materials in the best possible way, according to circumstances and environment, is the most important and essential factor for a successful management.